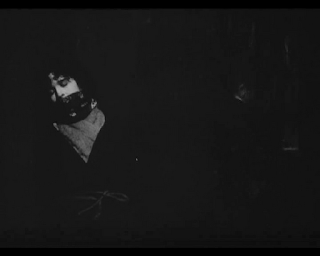 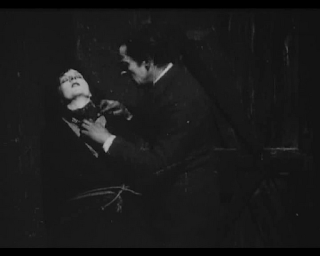 This silent movie is the first feature film about the world greatest detective Sherlock Holmes (who is portrayed by John Barrymore). In the end of the movie Alice Faulkner (played by Carole Dempster) - Sherlock's love interest and substitute for Irene Adlere - is kidnapped by Moriarty (who else) and his gang. At first she is only blindfolded but after an unsuccessful attempt to escape she is tied up, gagged and locked in a closet.