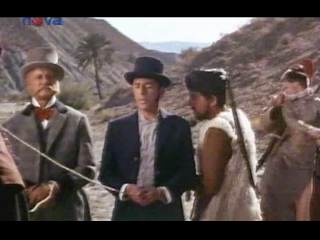 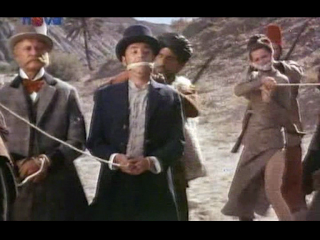 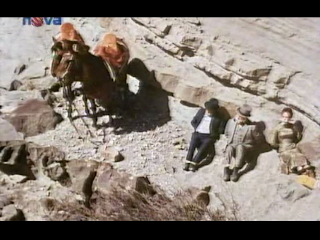 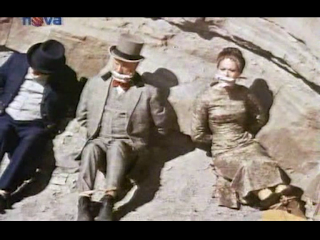 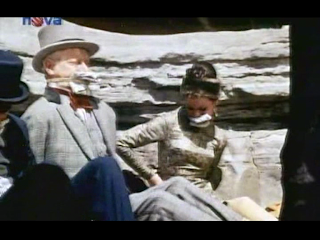 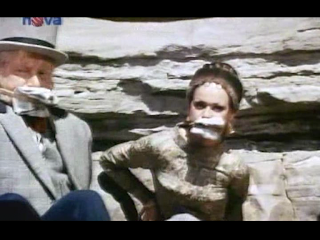 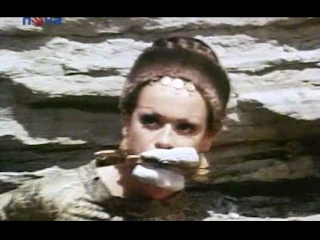 Another adventure film based on the novels of Karl May. Marie Versini, her servant Gloria Camara and two guys are the captives of the group of bandits. When their rescuers are approaching the leader of the group orders to tie up and gag the captives. At first they are OTM gagged but later they are seen sitting behind the rock with a thick handkerchief stuffed in their mouth and a scarf holding it in place. There are close-ups only of Versini but unfortunately not the other damsel.
According to Brian's Database the scene continues when Versini frees herself and knocks out the guard by I don't remember seeing this particular scene in the movie. Maybe I will take a look at it later and re-edit it and post the longer version.
(Czech dubbing)
Download Durchs Wilde Kurdistan
Vystavil DesolationAngel v 4:02