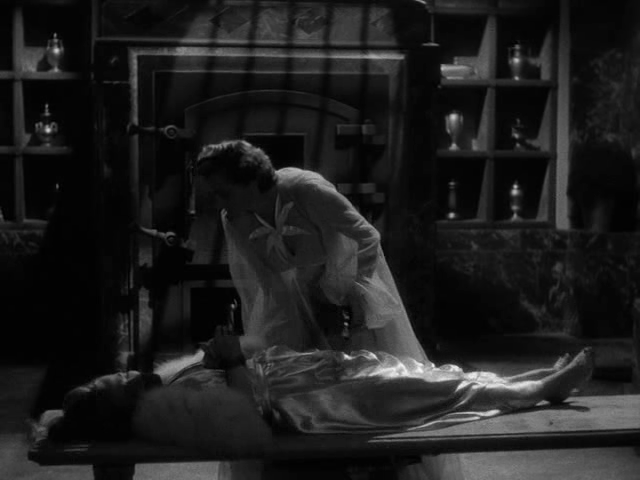 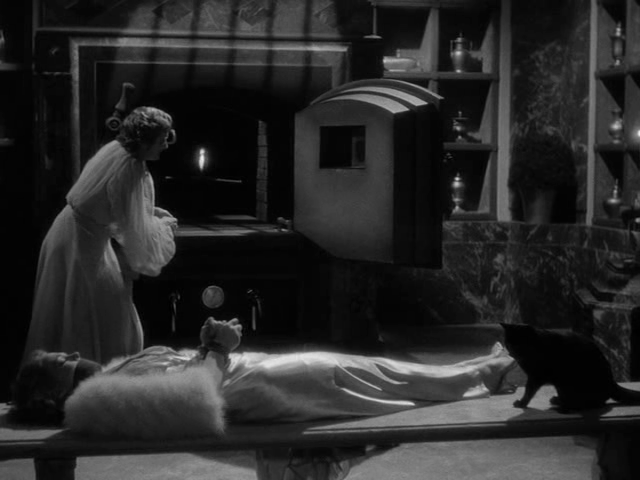 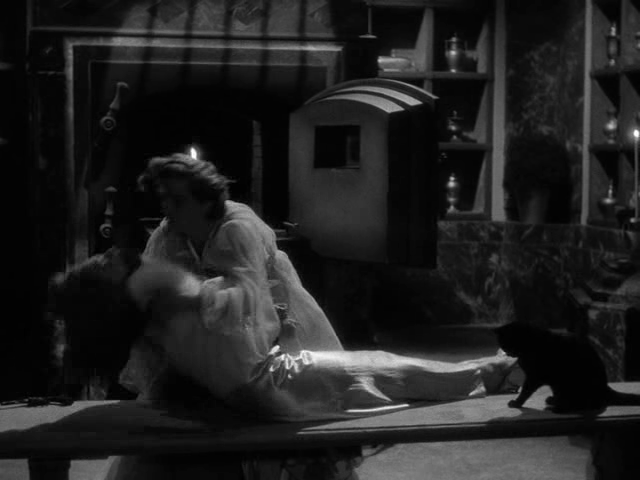 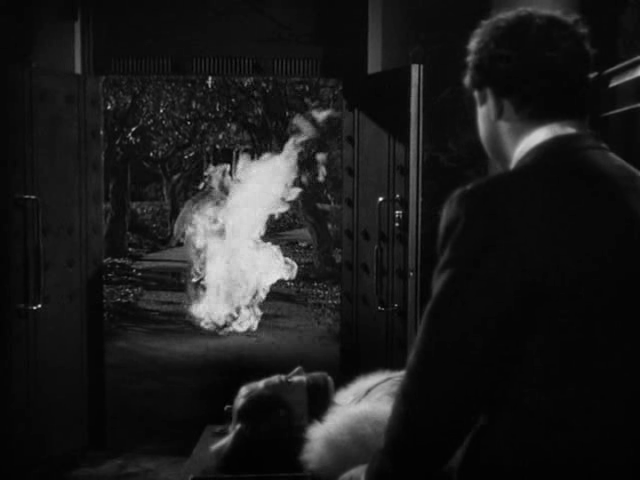 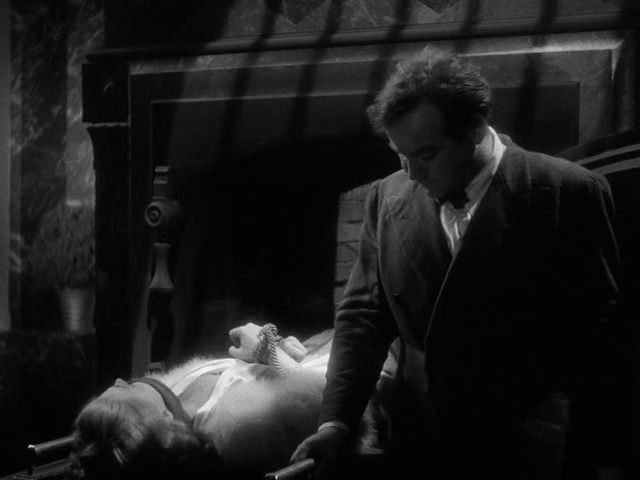 Spoilers Alert!!!!
An old Universal horror-comedy starring Bela Lugosi and Basil Rathbone (the second time Bela appears in a film called The Black Cat).
There is a bunch of people in an isolated old house with many hidden passages and a cat crematorium. One of them is a murderer. Elaine Winslow (played by Anne Gwynne) discovers who it is and the woman has to get rid of her. So she ties her up, gags her and takes her down to the crematorium to burn her. Fortunately the hero comes in time.