Die Schlangengrube und das Pendel (1967) aka The Torture Chamber of Dr. Sadism aka Castle of the Walking Dead 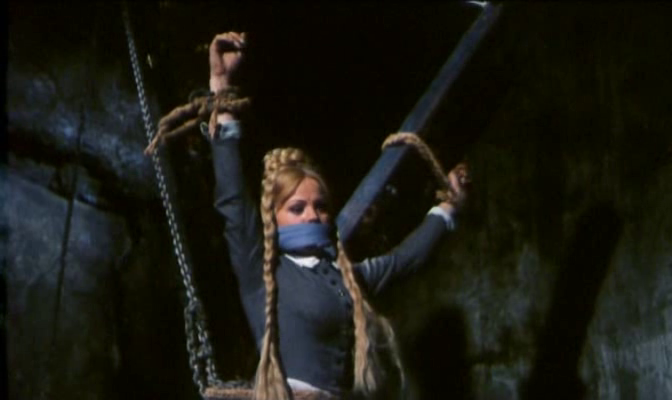 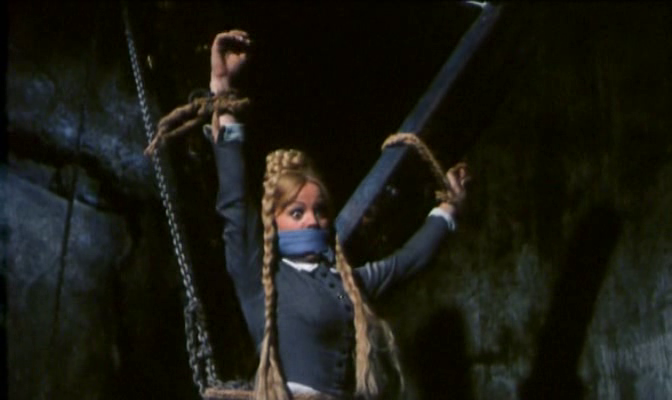 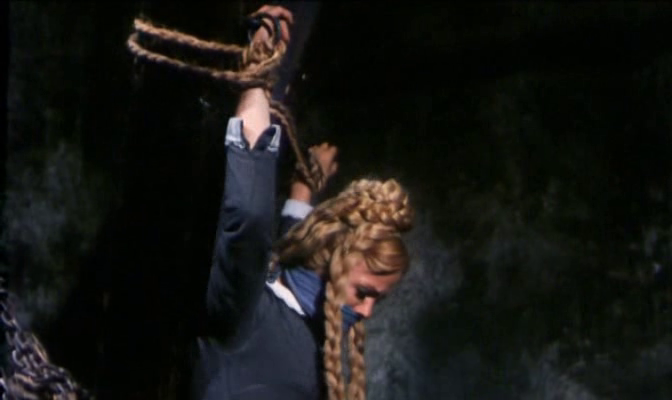 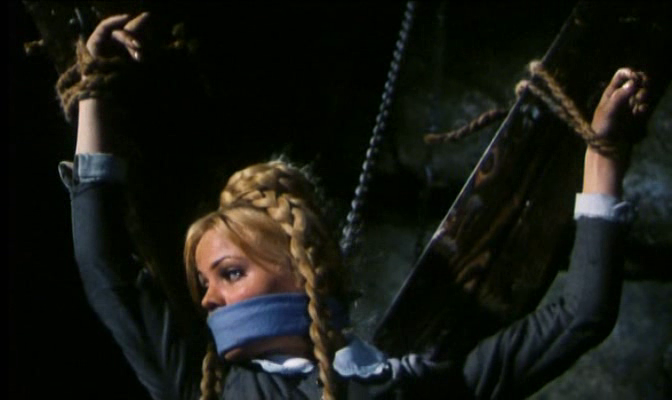 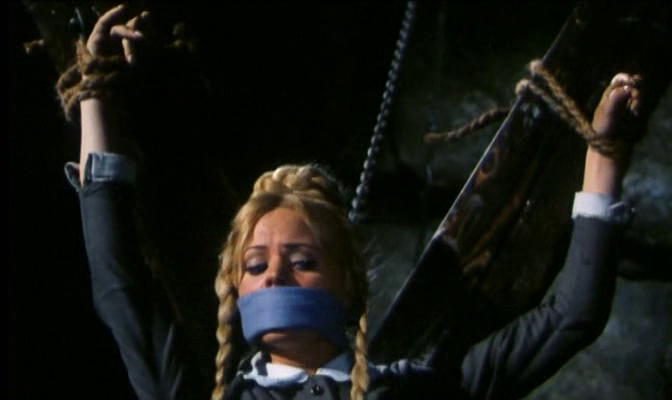 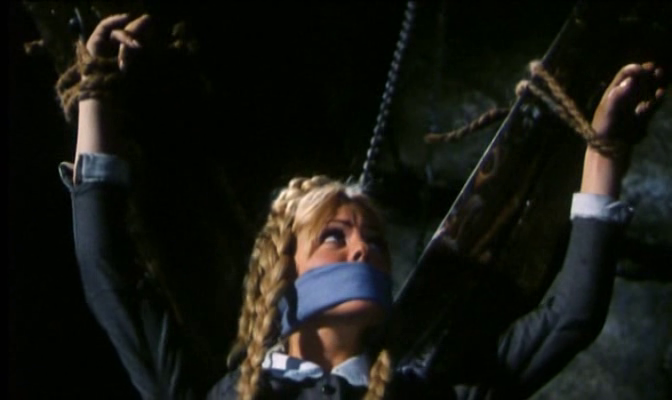 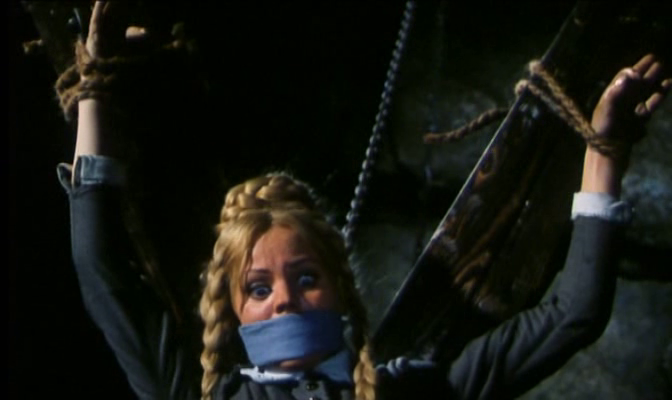 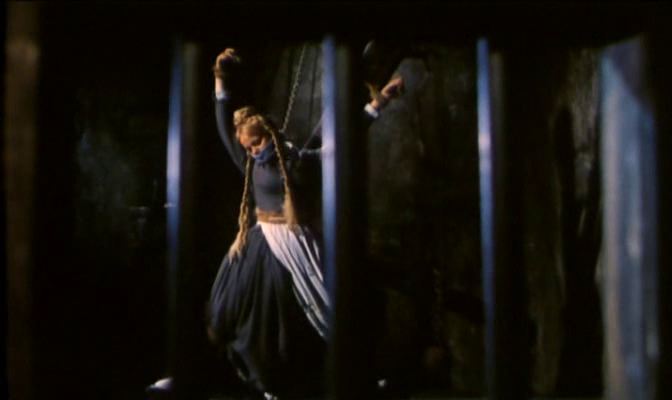 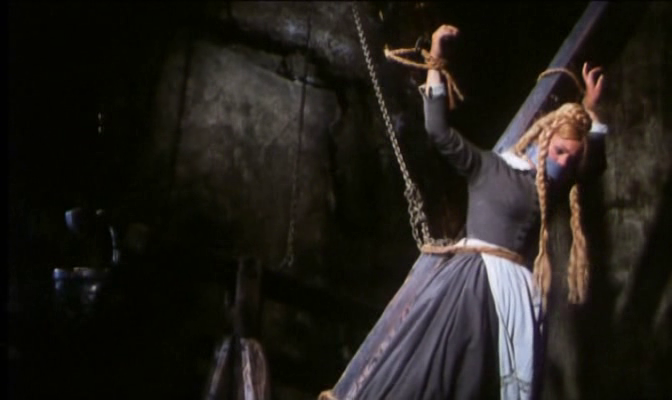 This German gothic horror movie was directed by Harald Reinl who also directed some of the Winnetou westerns and stars his wife Karin Dor and Lex Barker (both appearing in the Winnetou flicks, the other one as Old Shatterhand) as well as British horror legend Christopher Lee as the main villain.
Christiane Rucker who plays Karin Dor's companion (maybe her maid) gets abducted and finds herself in a very vicious death trap. She is  really nicely tied and also sports a lovely blue gag over her mouth.
She is saved in time by Barker and Dor. Some nice struggling and mmphing.