Linda Stirling - the Best Damsel of the 1940s 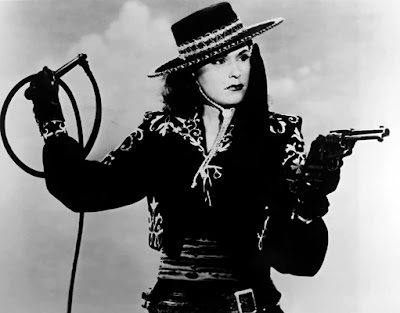 Without any doubt Linda Stirling (1921 - 1997) can receive the title of the most frequently bound and gagged actress of the 40s. She was a star of many movie serials. In four of them - The Tiger Woman (1944), Manhunt of Mystery Island (1945), The Purple Monster Strikes (1945) and Jesse James Rides Again (1947) - she received full treatment (was bound and gagged), in some of the cases not only once. All of these scenes are included in today's update together with a minor scene from Manhunt where she was only briefly gagged.
However it is not all. In the above mentioned serials she had quite a lot tie-up scenes without gags as well as in Zorro's Black Whip (1944) and The Crimson Ghost (1946). I am not interested in the bondage scenes without where the character isn't gagged so those are not included.

If you know of any other actresses of the period covered at my blog (1910s - 1960s) who were frequently bound and gagged on screen and whom I have been neglecting so far, please let me know.