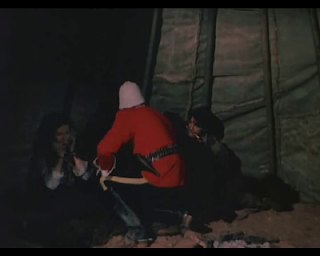 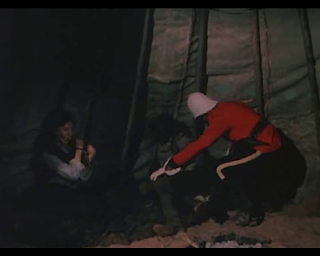 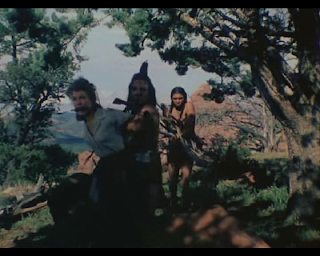 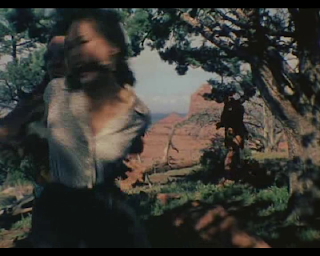 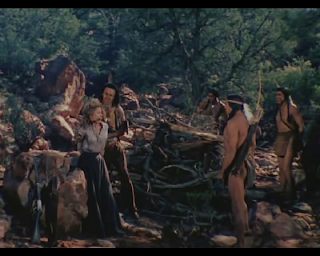 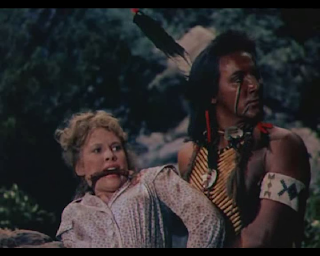 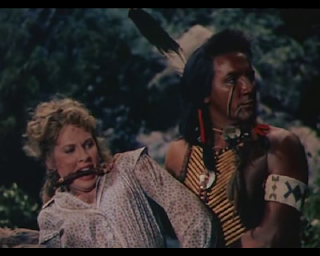 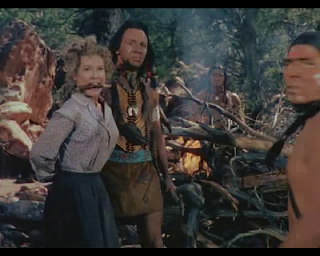 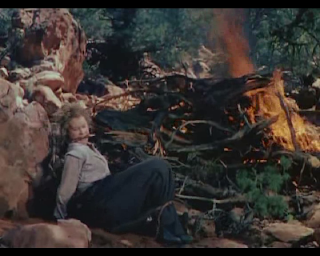 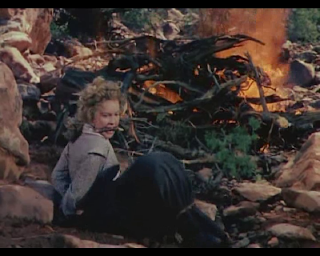 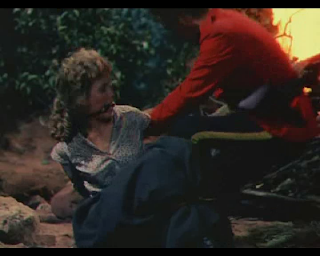 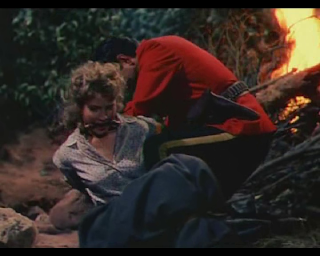 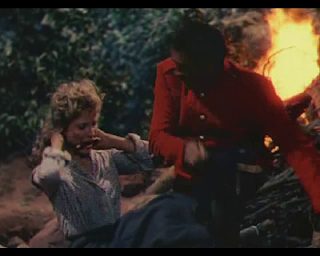 Penny Edwards is captured two times by the Indians in this western movie with Tyrone Power as the hero.
At first he finds her tied up and bit-gagged in a tent together with a guy. This scene is very brief and she is rescued quickly.
The second scene is longer. She is taken away by the Indians, bit-gagged again, her hands are tied behind her back and her feet are tied over her skirt. She is struggling on the ground next to the fire until Mr. Power saves her for the second time.