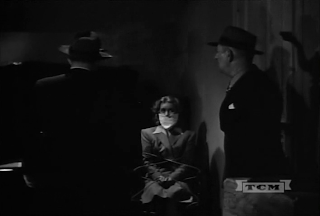 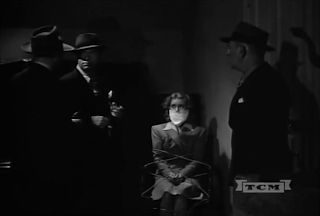 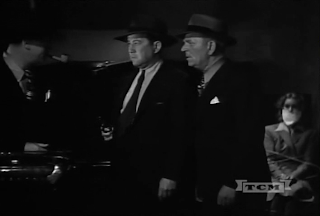 Almost two years ago I posted a scene from this movie, which I found according to the entry in the Brian's Database. You can find it here.
However two days ago when I was watching this film I found out that there was a second scene which wasn't mentioned in the entry. It features Ann Savage whose character is captured offscreen and later shown tied up and OTM gagged with a white handkerchief sitting motionlessly waiting to be untied by Boston Blackie.