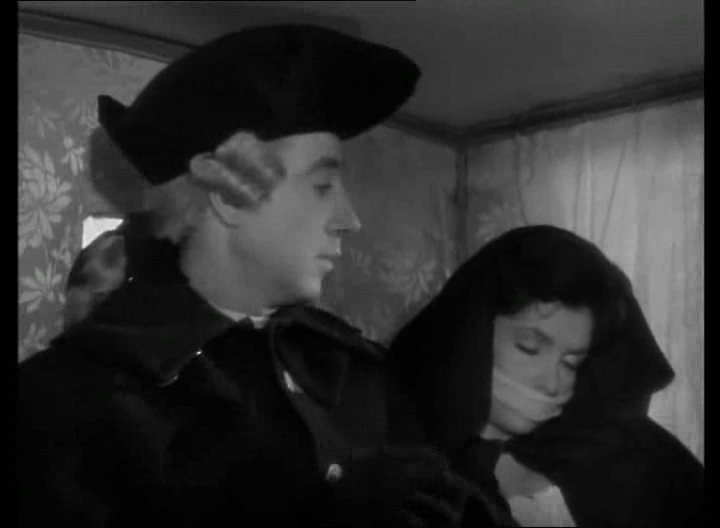 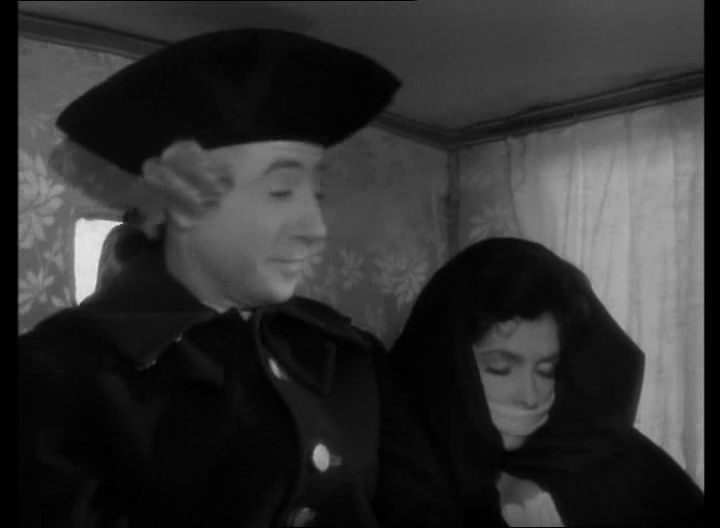 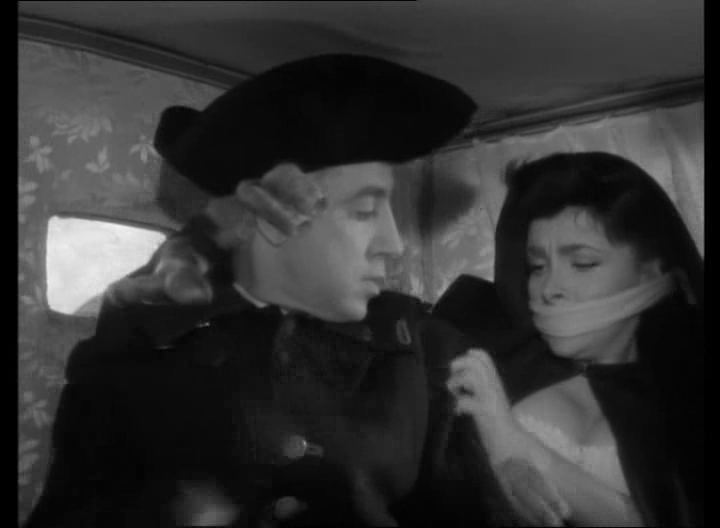 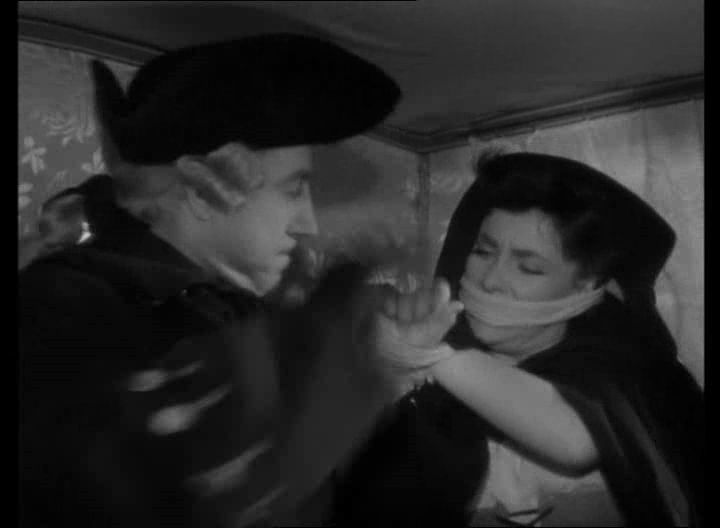 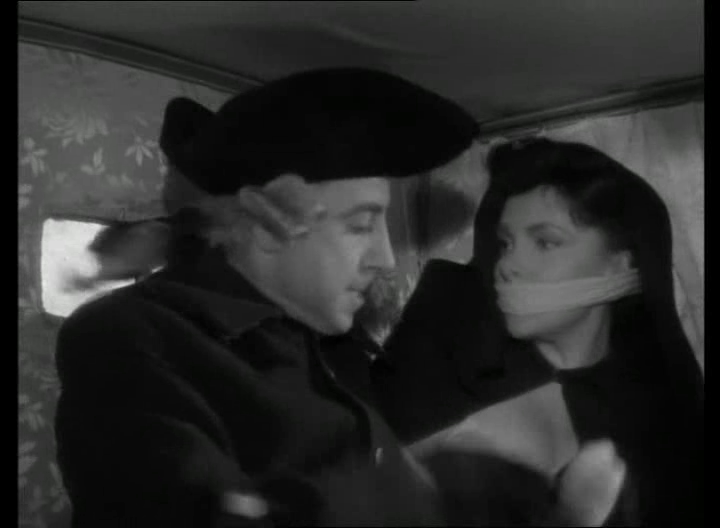 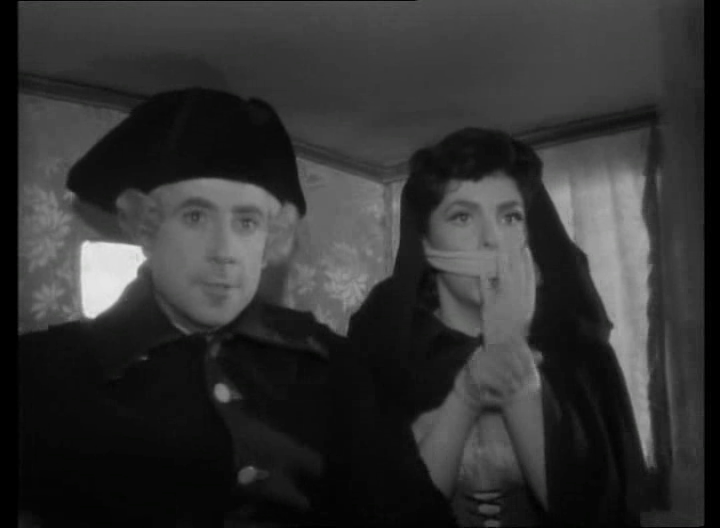 Fanfan La Tulipe is a great French adventurous comedy set during the Seven Years' War (18th century). Gina Lollobrigida who plays the heroine and Fanfan's love interest is captured and kidnapped by a henchman of King Louis XV (who wants to do naughty things to her). She is being taken somewhere by a carriage with her captor sitting next to her and her boyfriend chasing them on horseback. She takes advantage of her captor's being and idiot and removes her gag by her hands that are tied in front of her and also manages to untie them with her teeth.