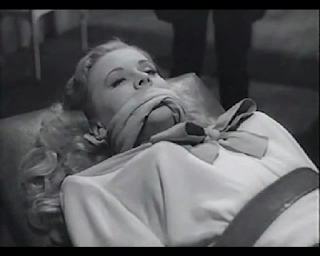 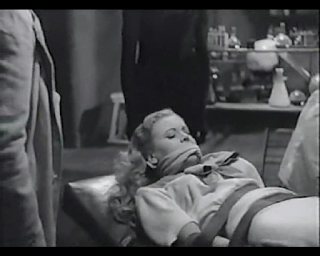 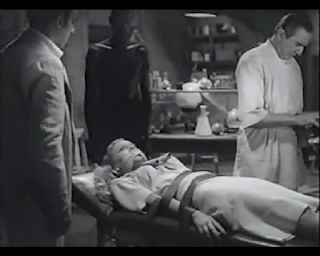 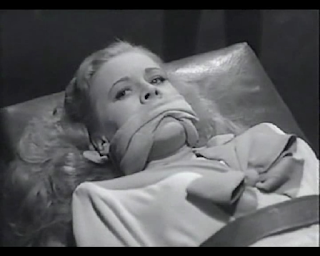 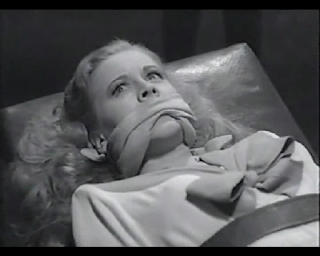 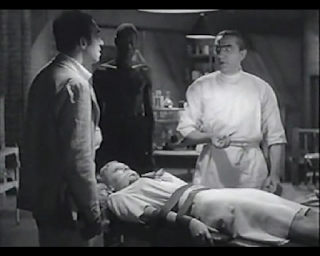 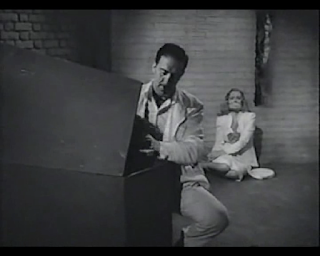 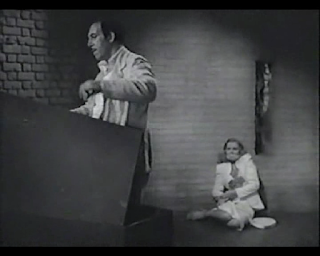 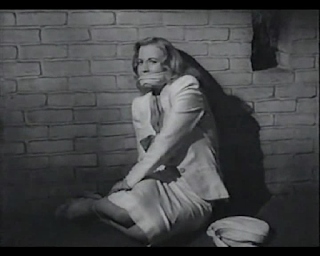 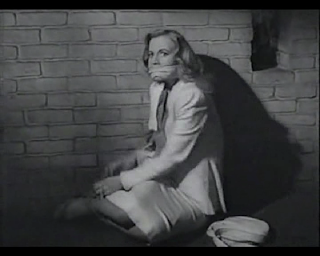 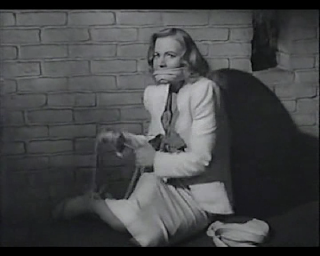 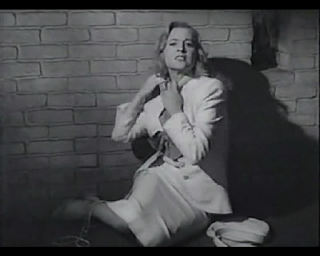 Anne Jeffreys has two very nice scenes in this good horror comedy. She is captured by Bela Lugosi's henchzombie. At first we see her strapped to the table and OTM gagged. She is about to get an injection that would turn her into zombie but the evil scientists and his buddies are interrupted.
Later we see her locked up in a secret room. She is making too much noise so she has to be tied up and gagged again. This time she is sitting on the floor tied with ropes (hands in front). She manages to untie her hands and legs and take off her gag and knock out the captor.