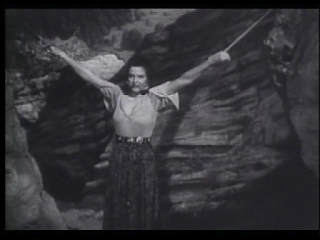 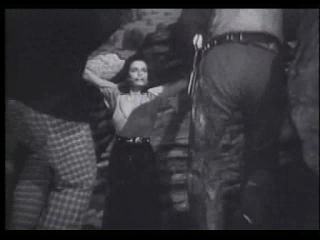 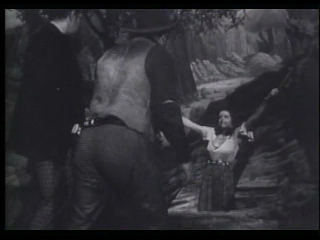 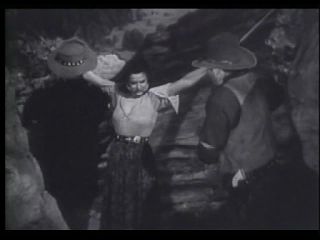 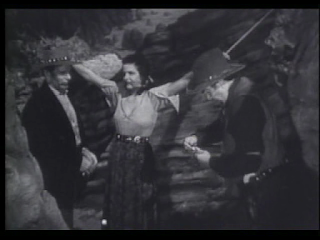 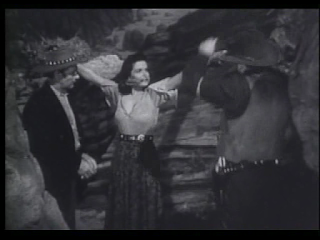 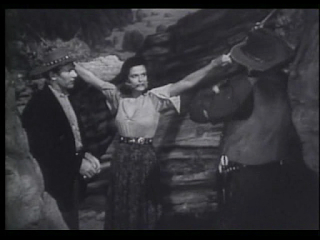 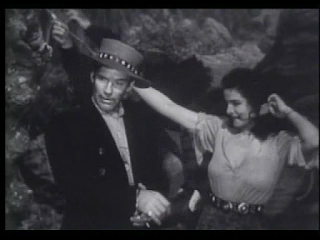 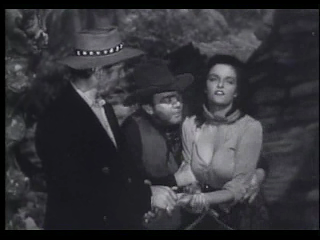 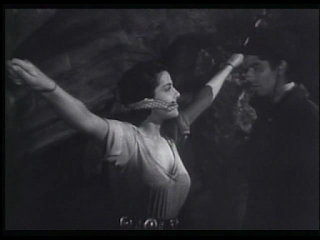 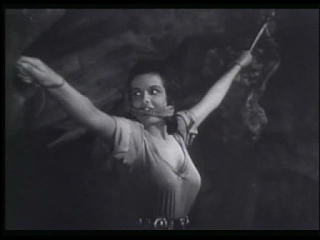 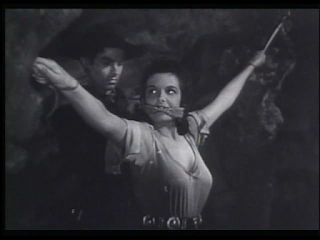 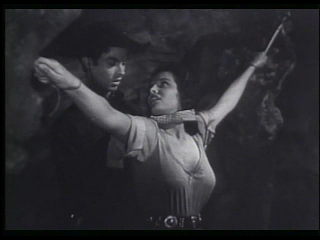 There are couple of good things about this horrible western movie - sexy Jane Russell, her two big guns and her two bondage scenes.
At first she is tied by Billy the Kid between two trees and tightly cleave.gagged. She gets discovered by Pat Garrett and Doc Holliday and released. Later those two old pervs tie her up in the same position and gag her (not so tightly this time) as a bait for Billy who is coming back for her.