Just a picture of Philip Marlowe (George Montgomery) rescuing Merle Davis (Nancy Guild) and untying her sexy cleave-gag. Unfortunately there is no such scene in the movie (nor in the book). Just a poster.

Edit: After I made yesterday's upload, I simply wrote Brasher Doubloon to google and found a bigger version of the poster. 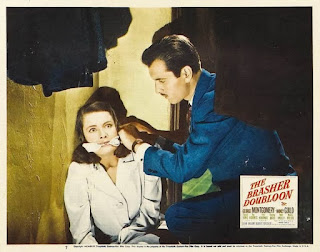 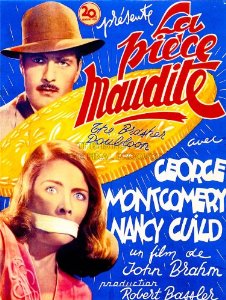 That's quite a lot of gagging for a movie which did not include any bondage. Do you think there might have been a scene which was cut from the final version?