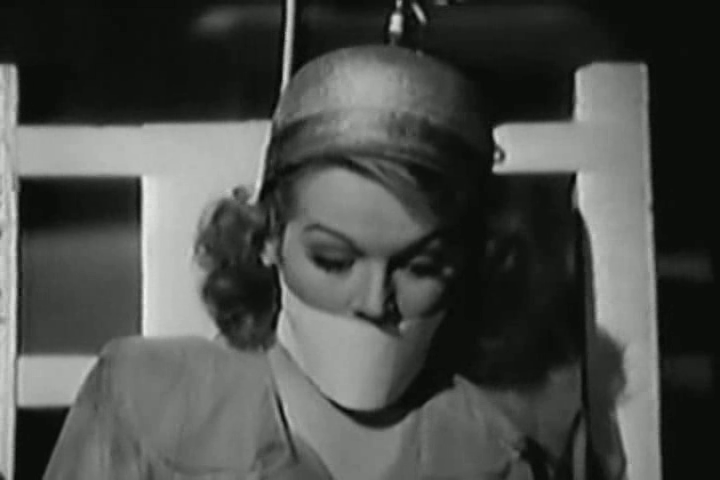 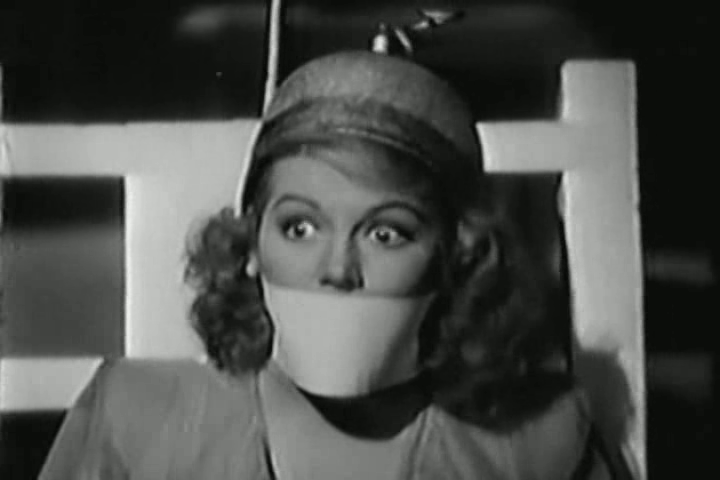 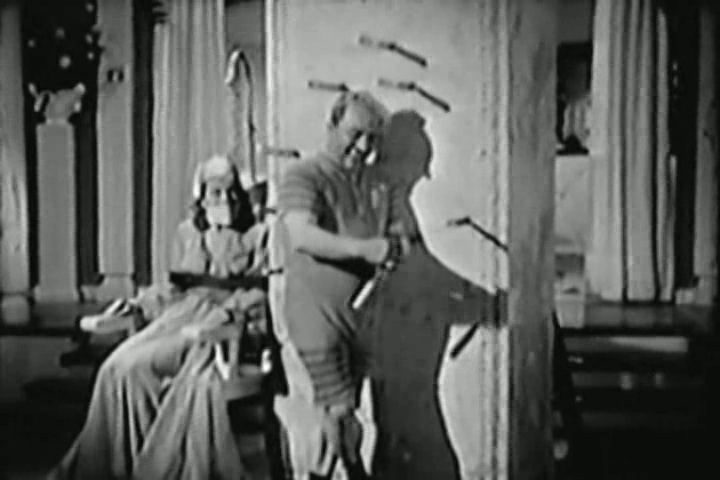 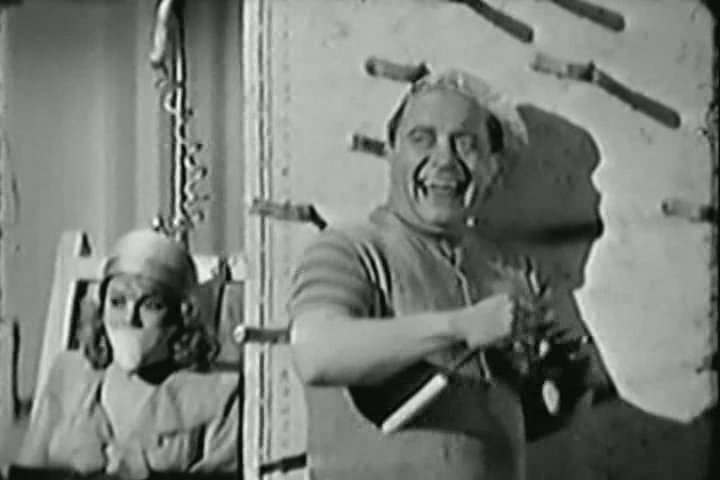 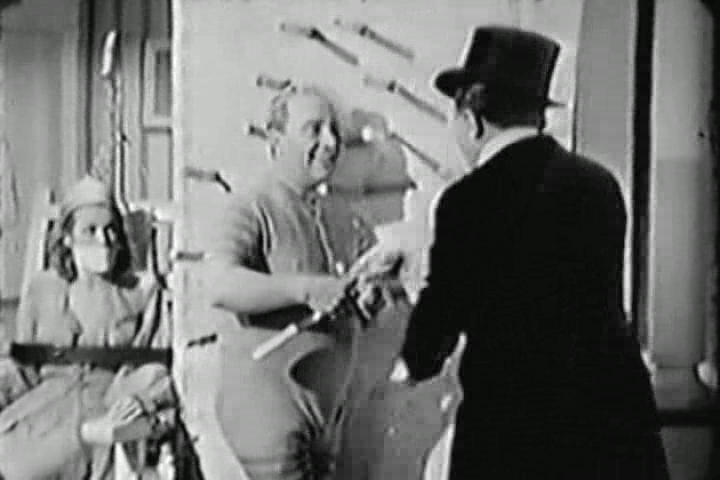 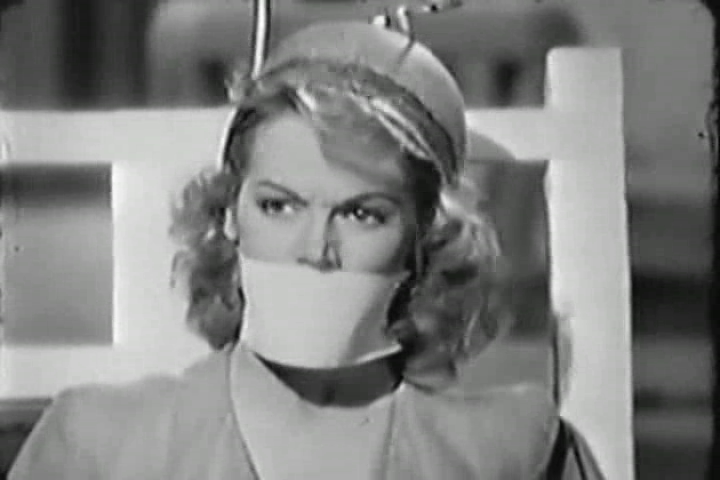 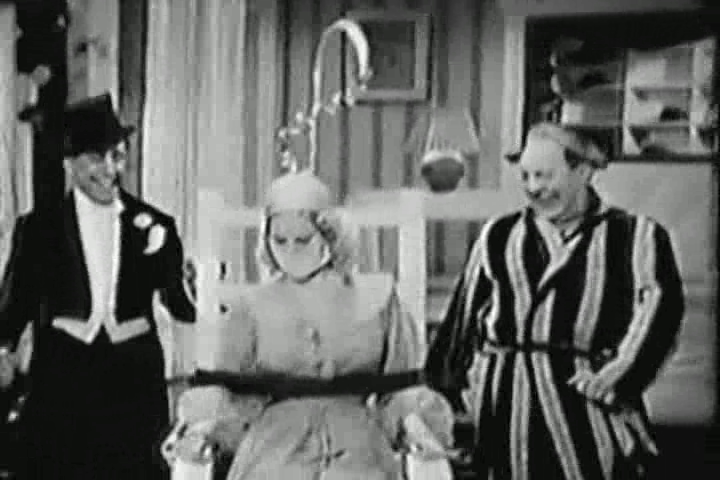 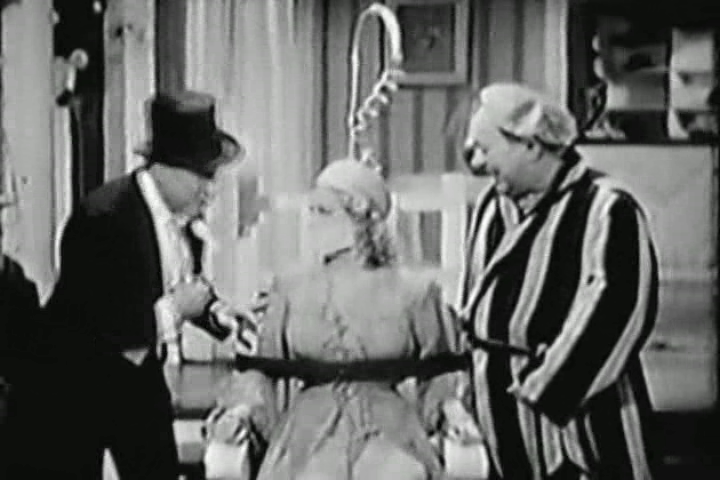 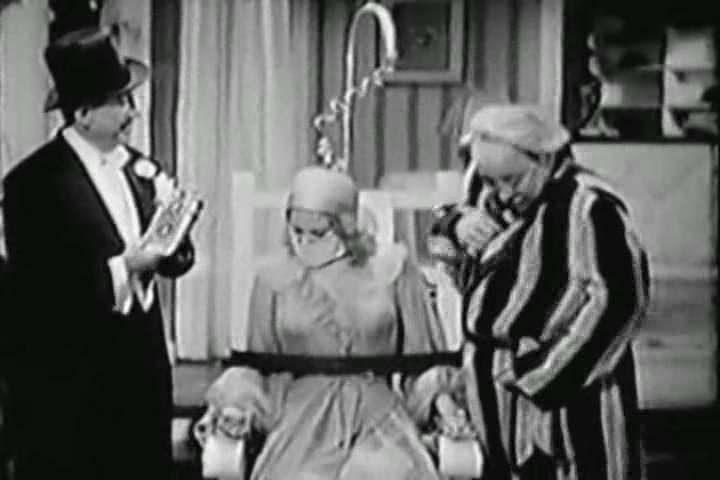 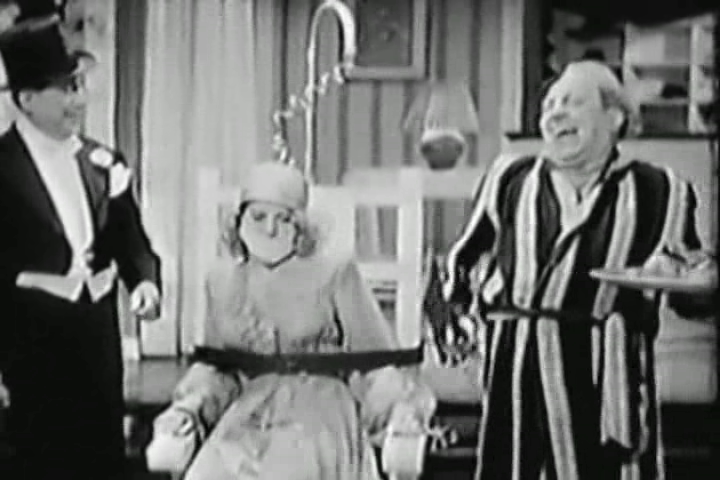 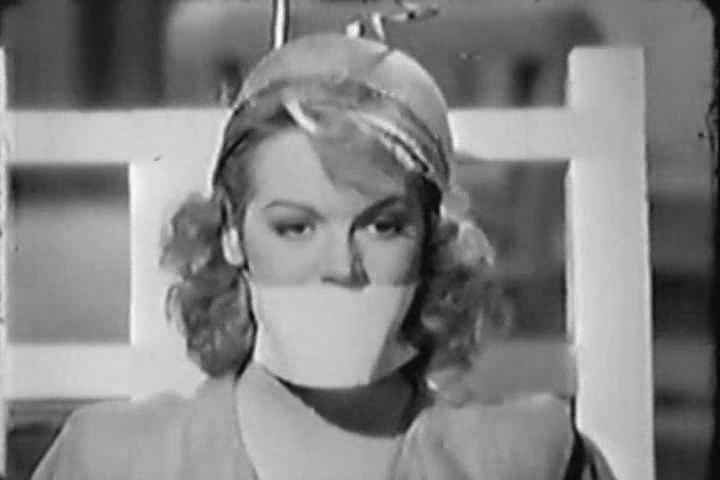 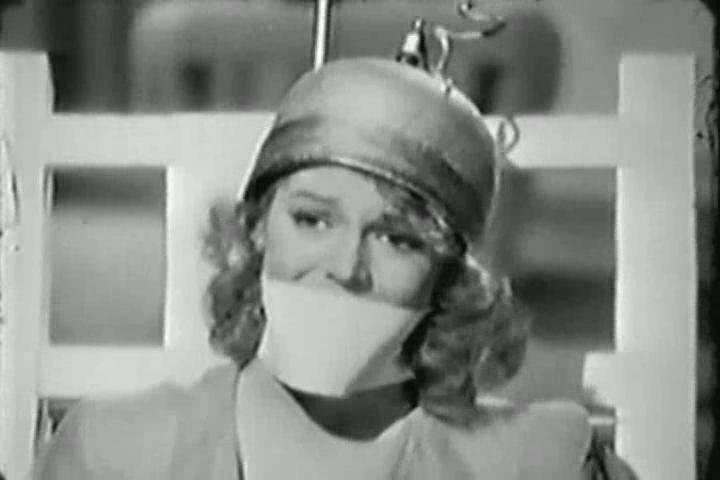 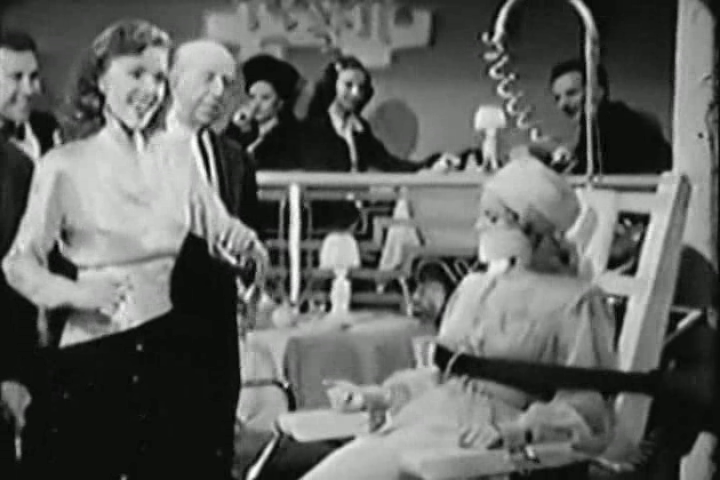 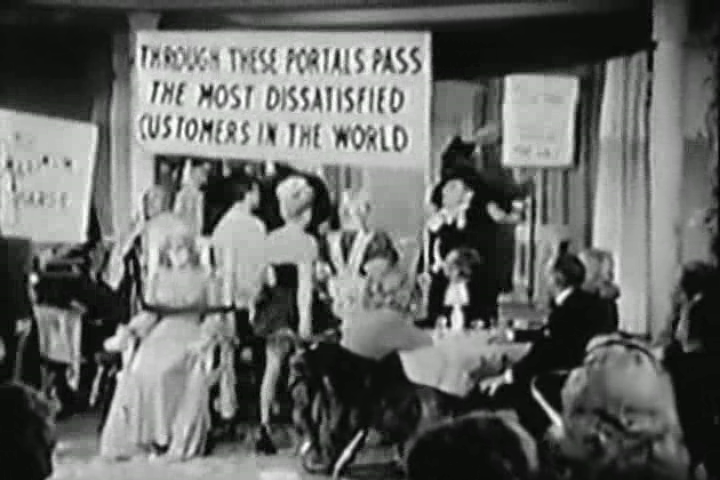 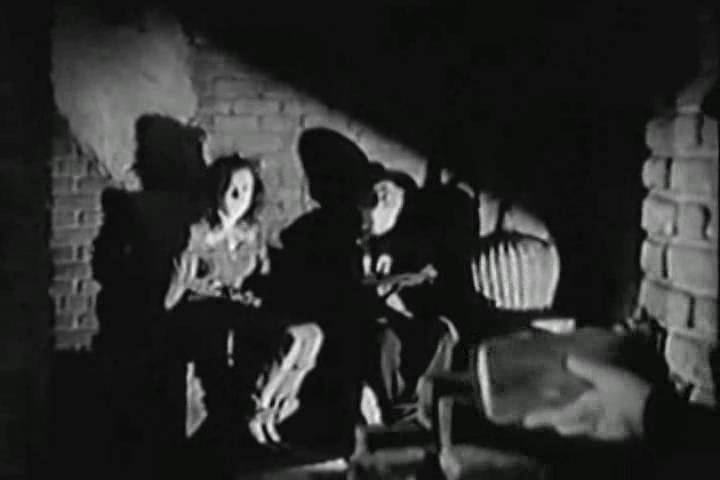 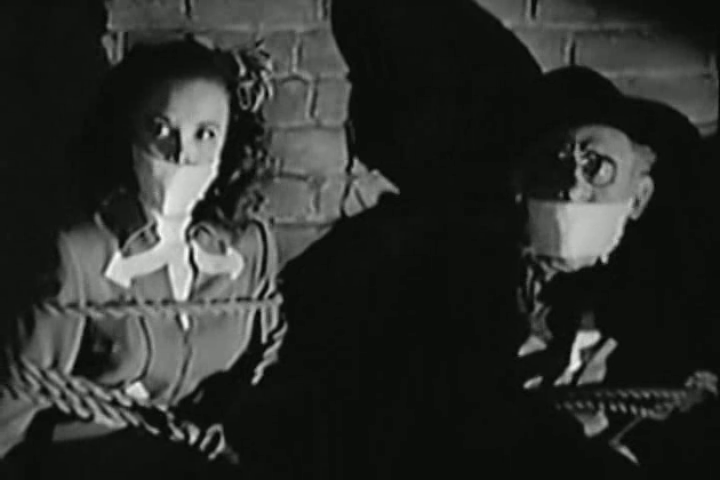 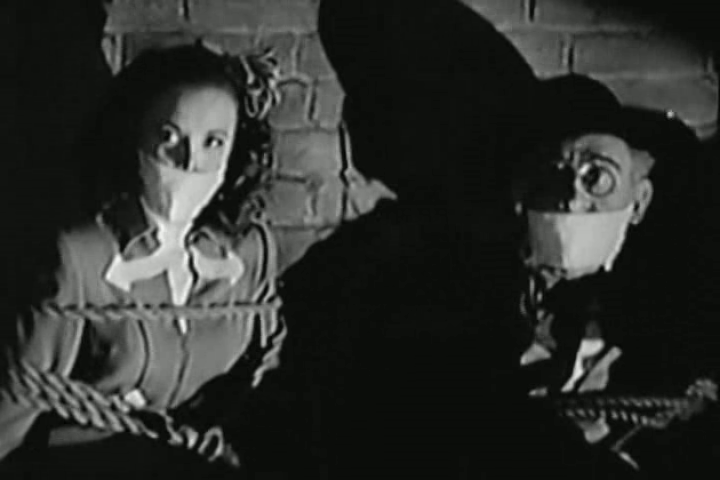 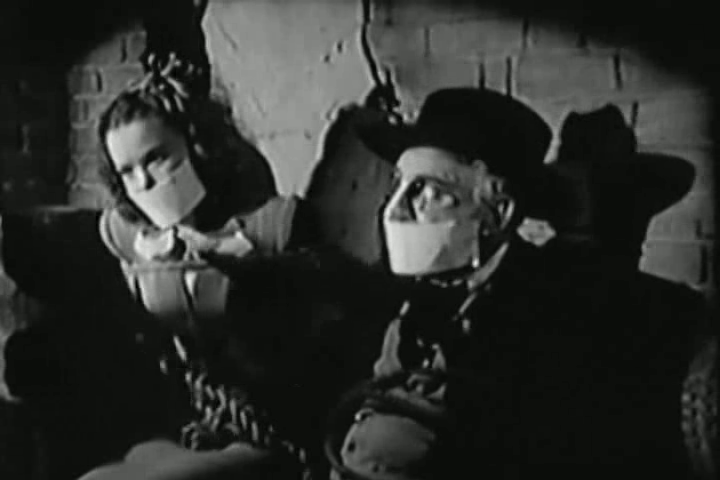 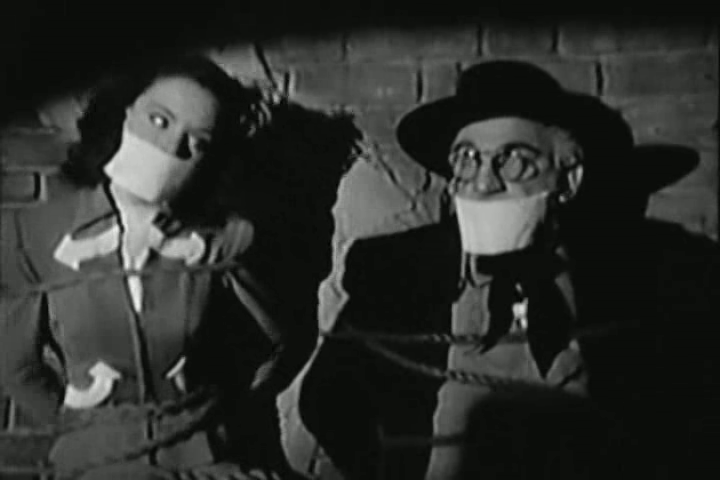 This is probably one of the worst black and white comedies I have ever seen. However it gave us two good bondage scenes with two lovely damsels in distress.
In the beginning of the film, Susanna (played by Martha O'Driscoll) escapes from her house which is supposed to be haunted and goes next door for help. There she is captured, gagged and tied to a phony electric chair and forced to watch some stupid vaudeville show. She untied after five minutes or so.
The second scene, near the end, features her movie sister Melinda (Gloria Jean). She is bound and gagged with her father and some other guy who is only tied up. They are in the basement of their house, in a room which is getting immured by the bad guys. Eventually she manages to take her gag off and untie herself.

(If you are a fan of old school Wolf Man you may enjoy Lon Chaney jr. in bear's costume. Or maybe not).