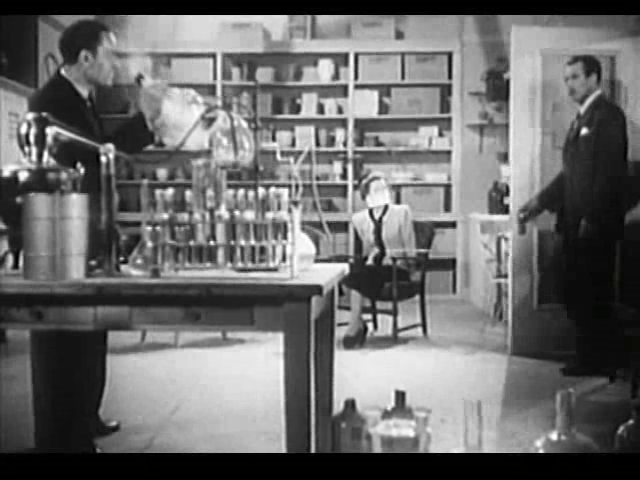 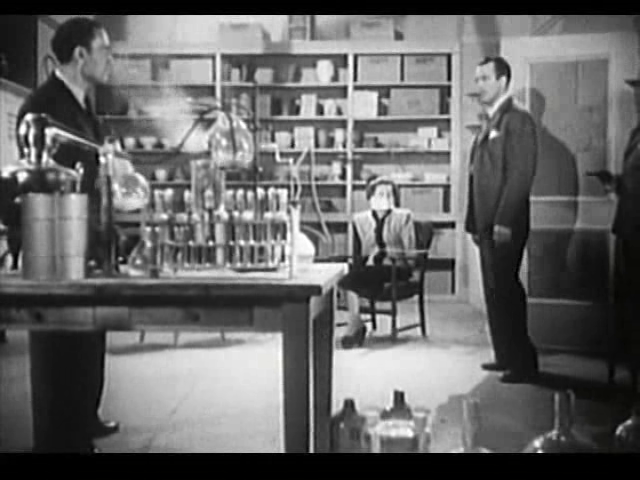 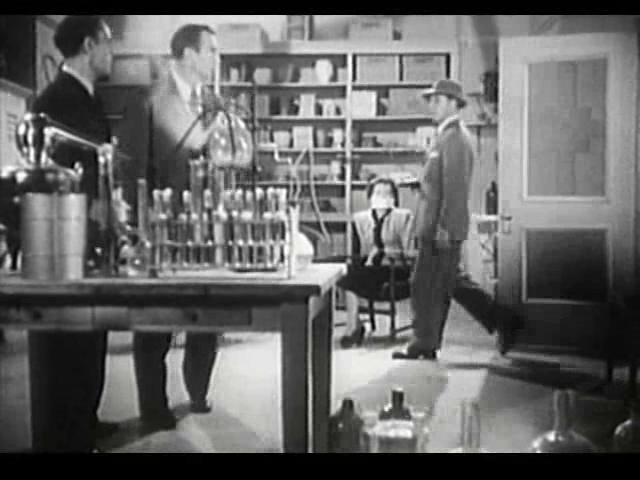 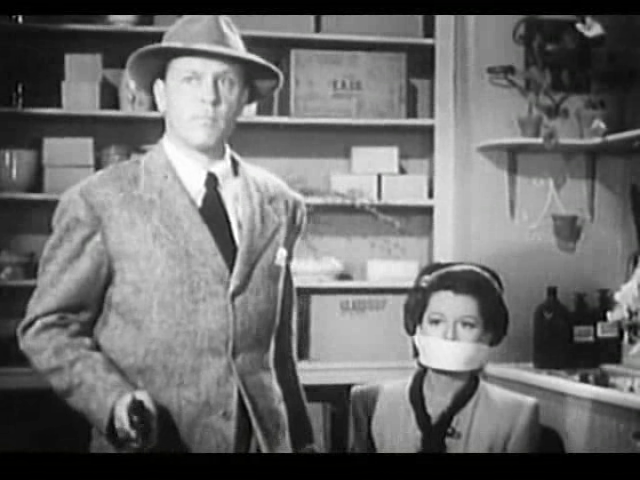 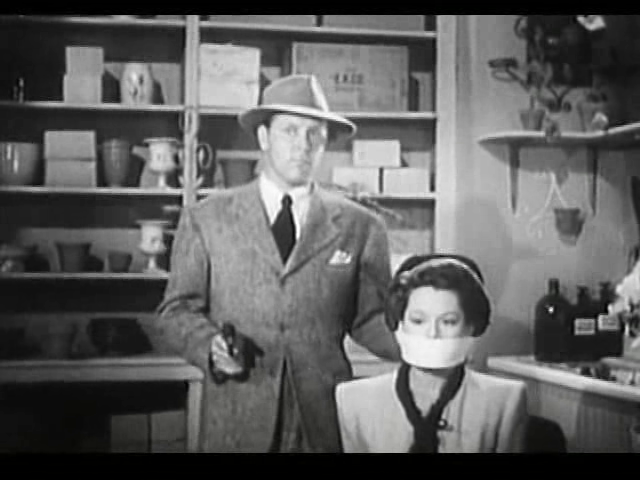 Lorna Gray has got quite a lot of good scenes in this serial. In the first Chapter she is snooping in the wrong place and she is captured by the bad guys, tied to a chair and gagged with a white hanky over her mouth. Later she is rescued by Captain America (however in his civil outfit). 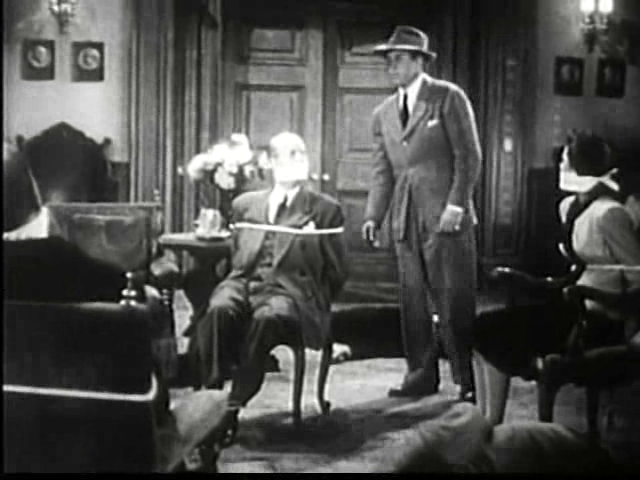 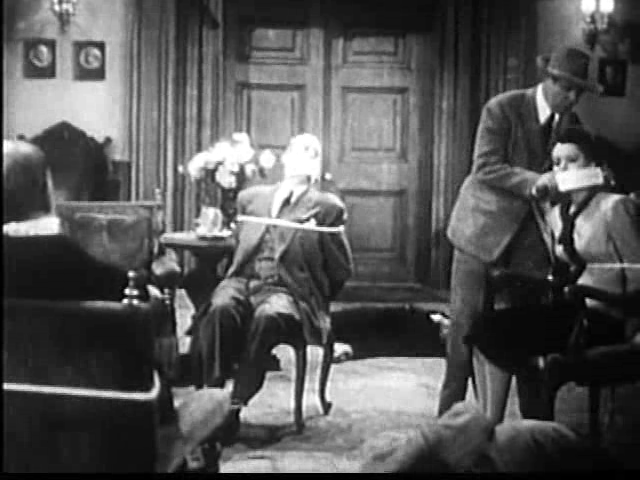 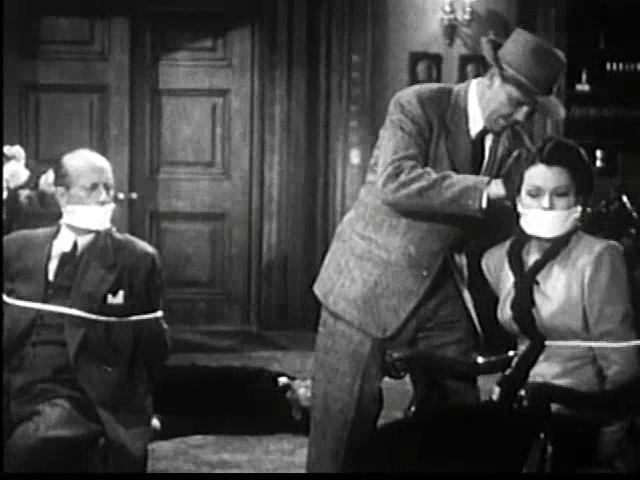 Lorna is bound and gagged in a room full of tied up and gagged guys. The scene is only a brief one because Cap comes to rescue them. 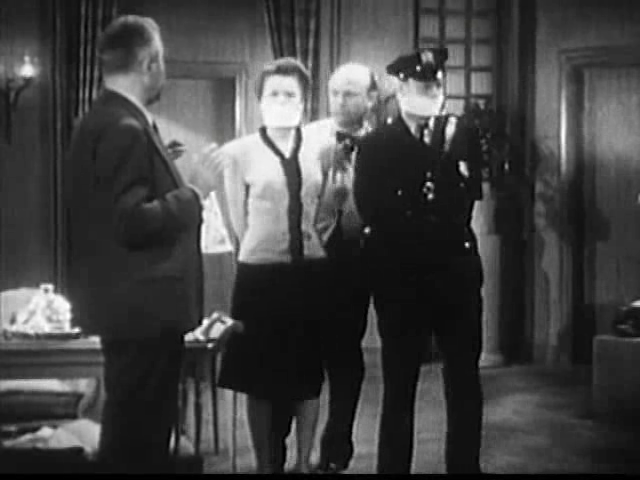 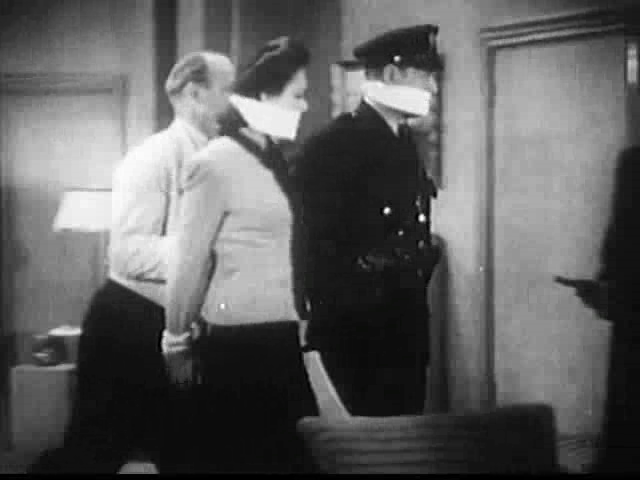 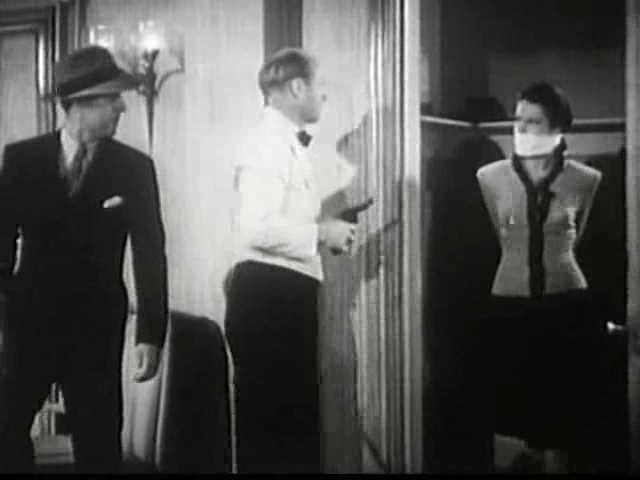 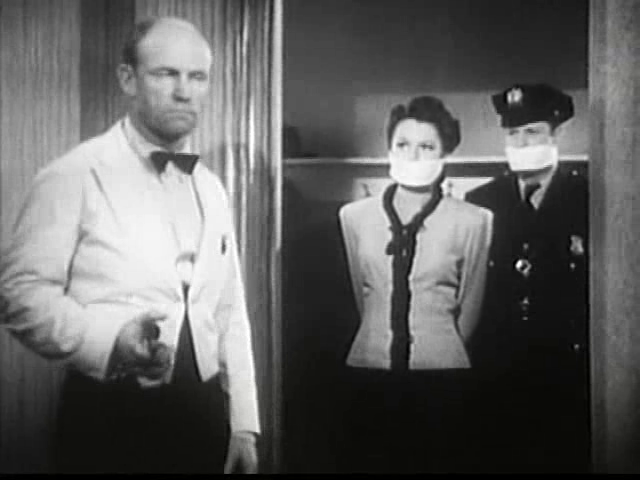 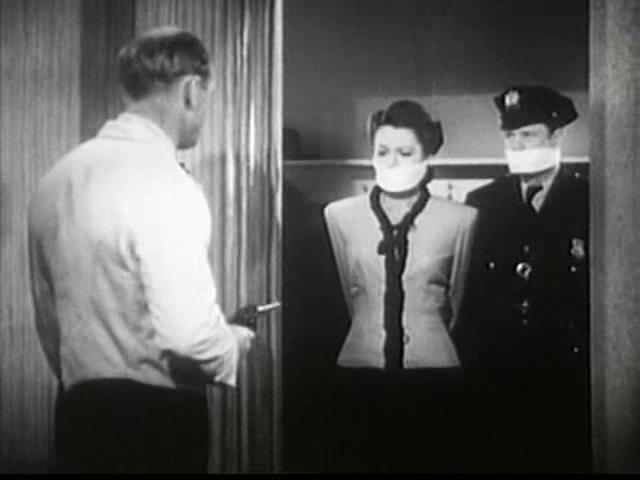 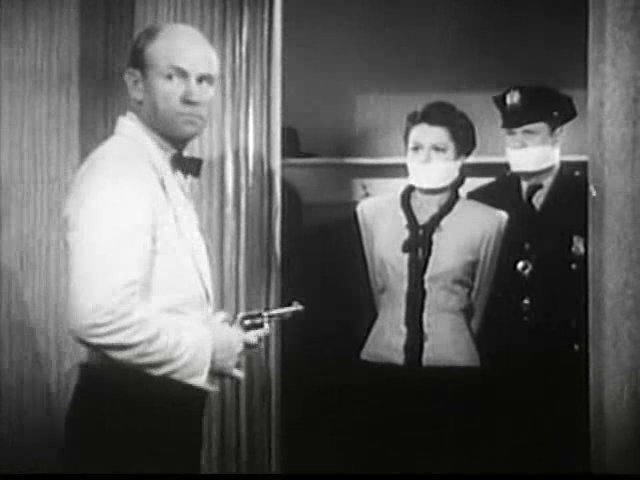 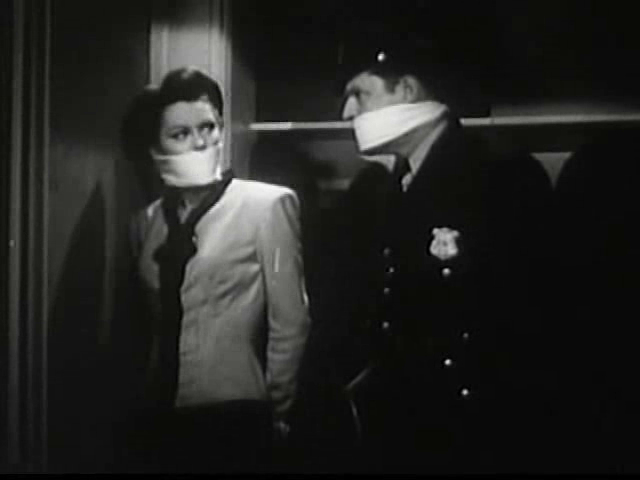 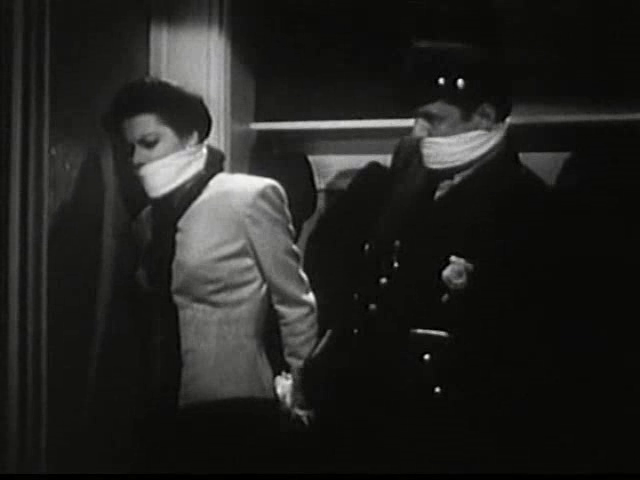 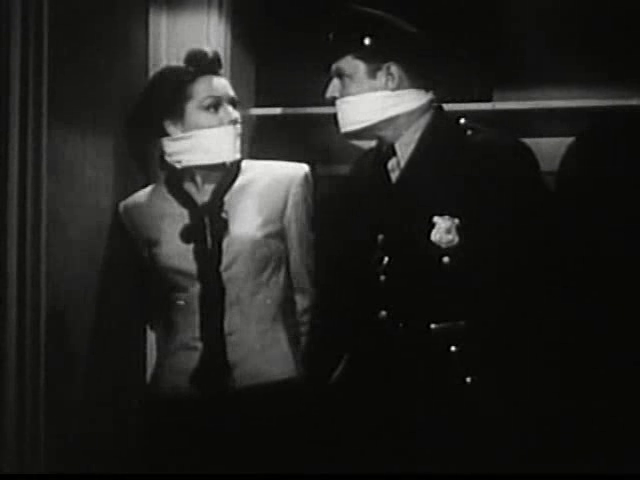 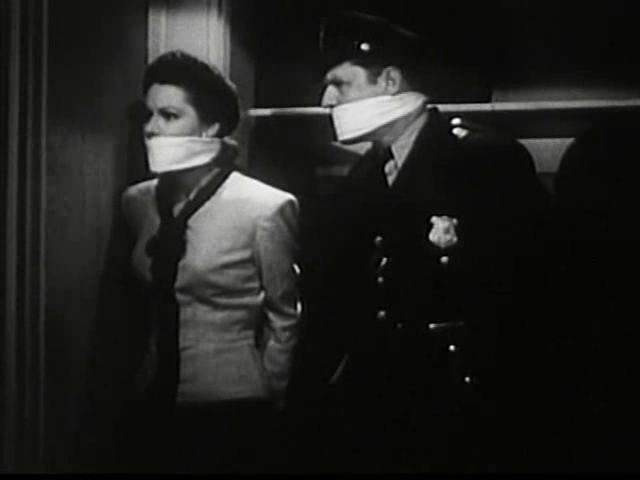 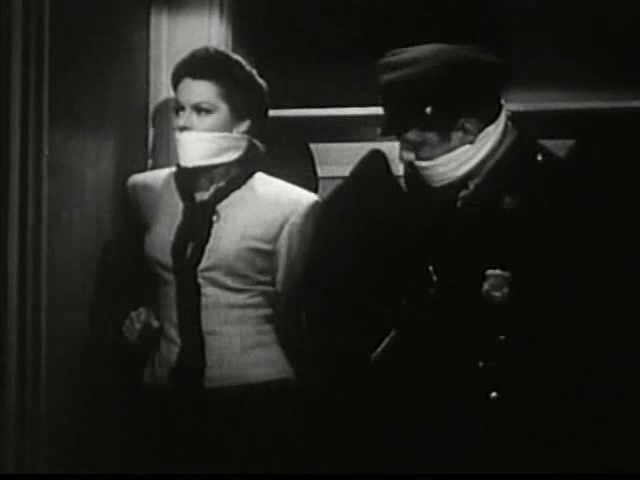 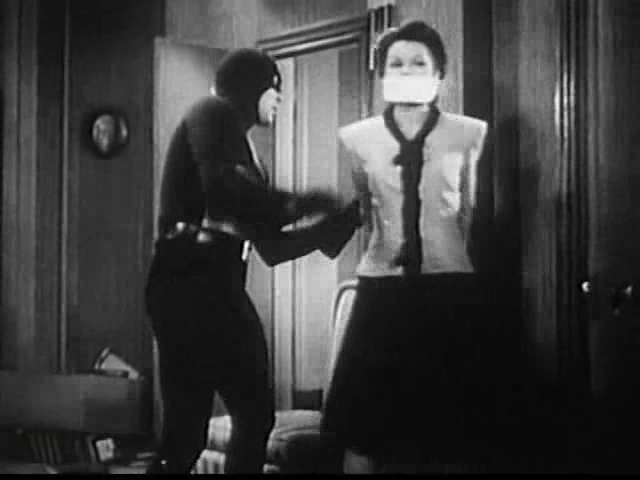 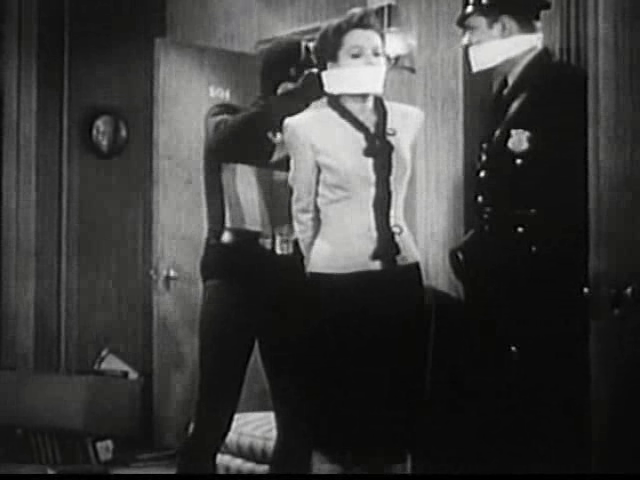 Chapters 13 and 14 show Ms. Gray captured together with a cop. They are hidden in the closet and later rescued by Captain America. Ms. Gray sports her usual white OTM gag. 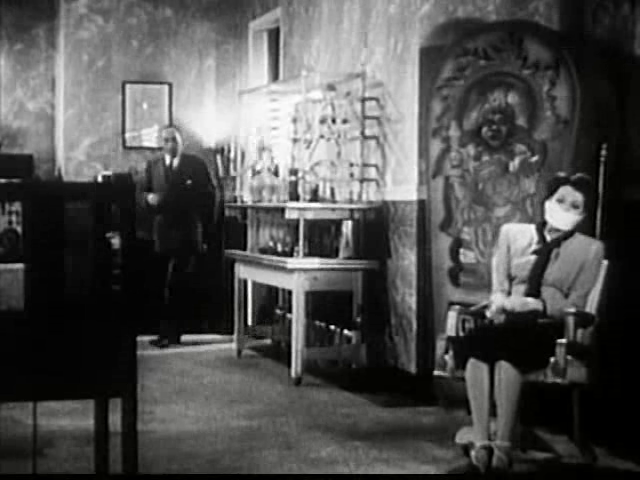 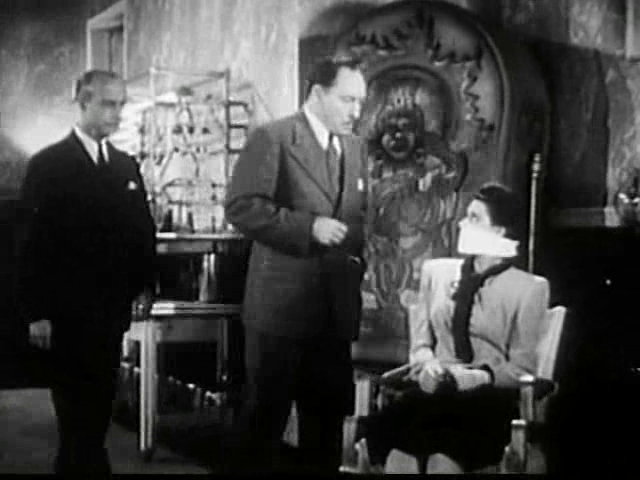 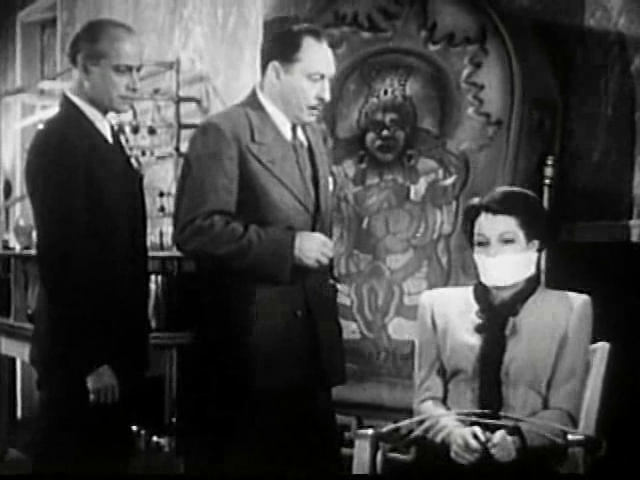 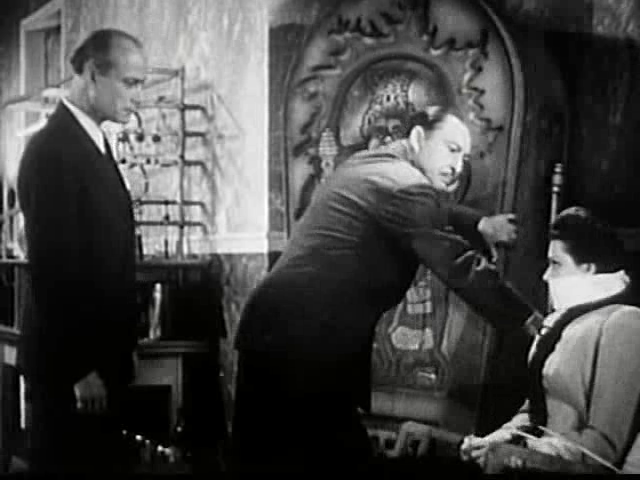 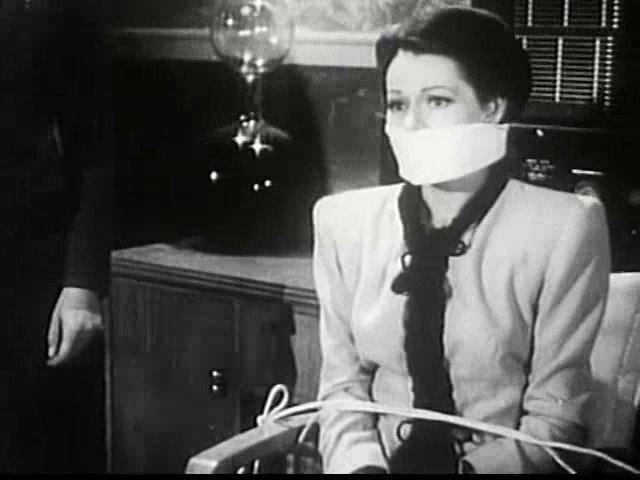 In the last chapter Lorna is once again tied to a chair and OTM gagged by the villains.
There is one more scene in this episode but I didn't include it because there was no gag.

Poster for the last episode 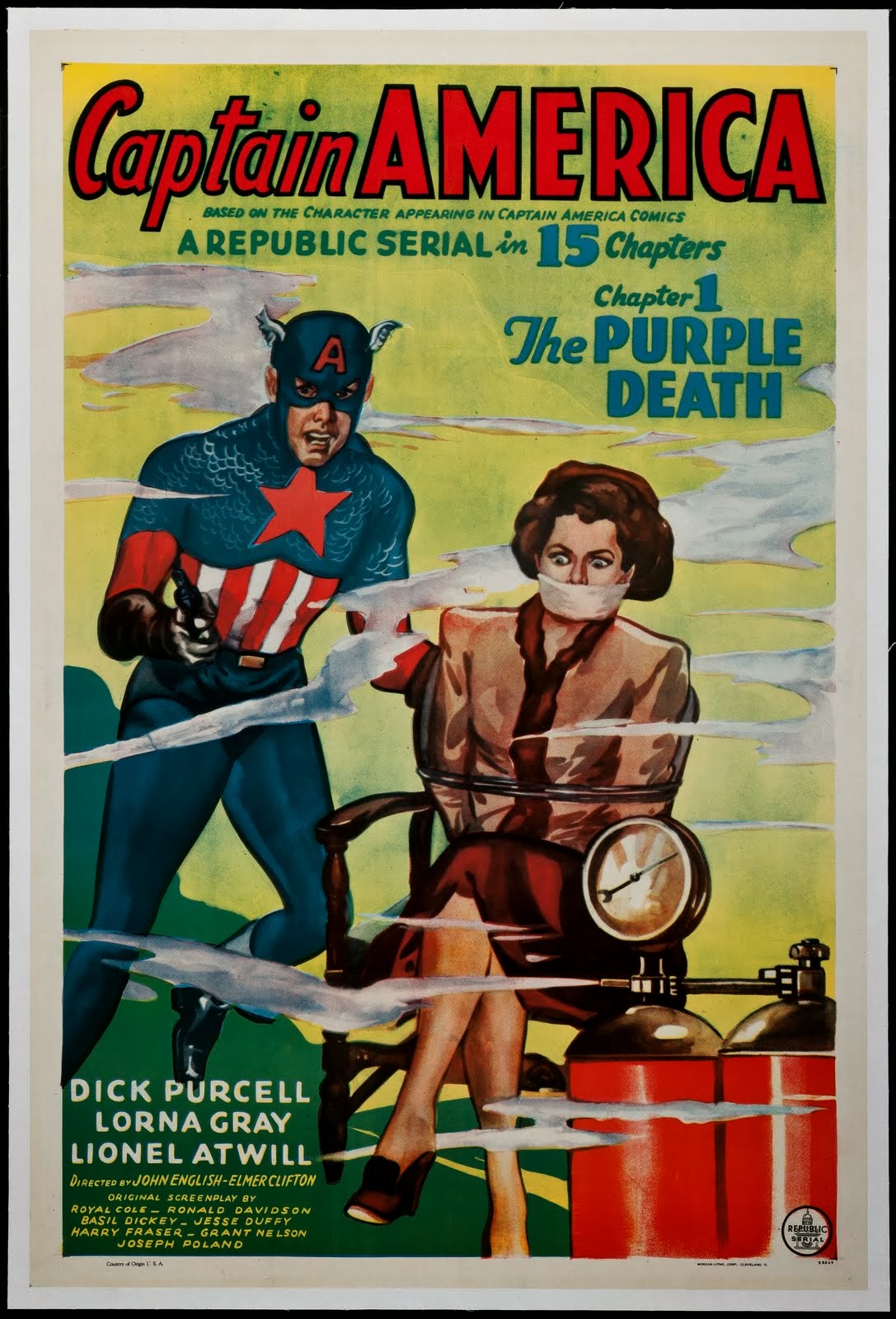